|Why do you want to run a node in the xx network||
|What is the difference between decentralized networks and distributed networks, and where on the decentralization spectrum do you sit?||
|As best as you can given currently available information, please describe the value proposition of the xx network platform and how it differs from other current blockchain solutions.||
|Privacy by Default is a goal of the xx network Platform. In your opinion, why is Privacy by Default critical for the future of the internet?||
|In your opinion, what threat, if any, do quantum computers pose toward decentralized systems? What about centralized systems?||

For you application to be considered, please complete all the questions. Thanks

|Why do you want to run a node in the xx network||
David Chaum vision for digital currency comes a long way from the 80’s, he believed in his vision from day one and 30+ years later it is a reality. I am a firm believer of vision, reinforced with passion and persistence is the success factors that will fulfil the vision. I believe in his vision.

The key components that are being addressed:

Scalability, messaging, and payments at a consumer scale,

Quantum secure blockchain technology for mass adoption
is the fundamental decentralize key controlling aspects of information technology which provide the structure of the digital world.

I want to be part of this brilliant initiative, actively contribute as a community member, and earn xx coins. The actual reward for investing time is success!

|What is the difference between decentralized networks and distributed networks, and where on the decentralization spectrum do you sit?||

The main difference between the two networks is who has control of the network itself. In a decentralized network are organized in a more distributed fashion where each node functions as a separate authority with independent decision making capability and distributed processing power.

|As best as you can given currently available information, please describe the value proposition of the xx network platform and how it differs from other current blockchain solutions.||

Adoption is key for any initiative and providing a platform with quantum secure technology that ensure privacy, truly can scale by design with maximum performance on a decentralized network. This initiative put back the control of your data in your own hands, and no third party can benefit by monetize your data.

Organisations and/or entities with corrupt agendas abuse the collecting of data, the more data they can collect the more they will collect, and utilized in the wrong way damaged the trust between consumer and originations. This created an environment of endless compliance requirements, expensive operations and regulated to Nth degree that an inclusive economy for all is impossible.

in 1994, the mathematician Peter Shor published a quantum algorithm that can break the security assumption of the most common algorithms of asymmetric cryptography. This means that anyone with a sufficiently large quantum computer could use this algorithm to derive a private key from its corresponding public key, and thus, falsify any digital signature.

Thanks for the reply… Great geo location, you got my vote. Just be sure you can meet the requirements

Thank you for your answers. Great location, you have my support.

Please take note that if selected, you will need to meet the hardware requirements. 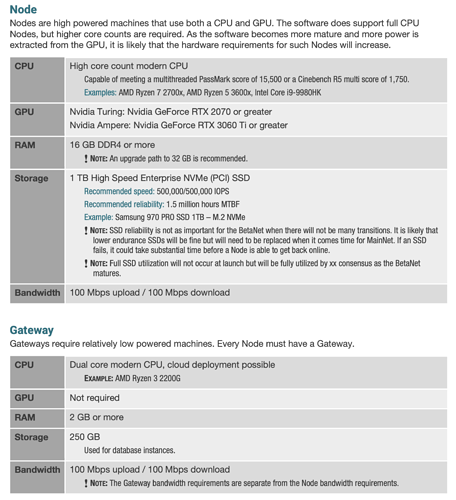 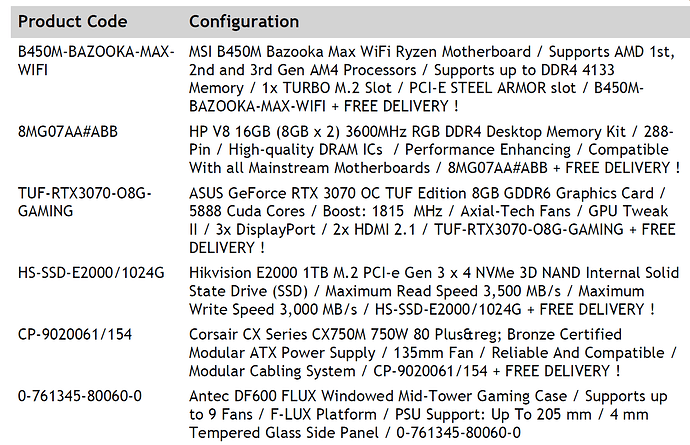 image1467×948 114 KB
hardware/infrastruture will be be in place as per requirement.

Just to add, I am in the process to install solar power generation at my premises that will enable/improve uptime/availability, reduction in my carbon footprint and reduction in electricity bill.

You will have to improve your bandwidth, and need answers to the questions to get approval

Like the responses from applicant. Overall very good. You have my vote.

Thanks for the quick response, you already have my vote but the hardware looks to hit the mark and the use of solar (I’m a huge fan) is an added bonus. well done!

Have my vote as well

Noted, will increase bandwidth as per requirement

glad that u`ll planned to use solar energy - its renewable source, so eco frendly. my vote!