A few weeks ago discord member and node operator, Alex Dupre, pointed out a series of flaws in the communications code and provided proposed improvements to address them. These bugs turn out to be responsible for a large portion of the network failures and we immediately looked into fixing them. Using Alex’s work as a template we re-architected the comms code to be simpler and easier to maintain while including his fixes. This code has been tested on multiple nodes and shows a ~⅓ decrease in failure rate in general for well performing nodes. Due to the fix only stopping failures caused by that specific node, we believe that when generally deployed this fix will almost entirely eliminate network failures.

Further work: it would be nice to restructure much of the comms functionality to be an operator of host and host and its manager should move to their own sub package. The circuit object should move to the network package of Elixxir.

This update will go out automatically to all nodes accepting automatic updates on 9/18/2020. This update does not break compatibility, but will decrease failure rate. As a result of being fully backwards compatible, we are releasing the update immediately. Nodes who do not install the update may find themselves disabled due to higher failure rates

The Elixxir team is hard at work on getting the client functional with the network. We hope to have more news soon!. We are also working on integrations of cMix with xx consensus with the Praxxis team.

One observation to clarify: the gateway incoming/outgoing traffic volume increased 2-3 times after the update: 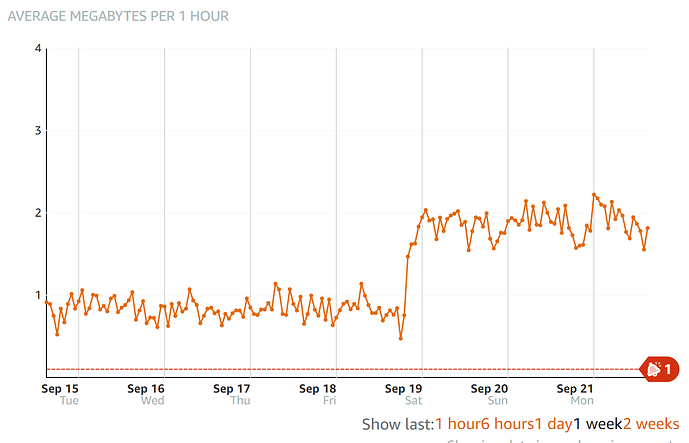 Nothing worrying about this, just curious if this is expected behaviour.

Thanks, that would be logical, did not check the tps stats when posting, my bad.
After last update the traffic decreased due to less logs being sent, thought it was the opposite case this time around, thus the question.