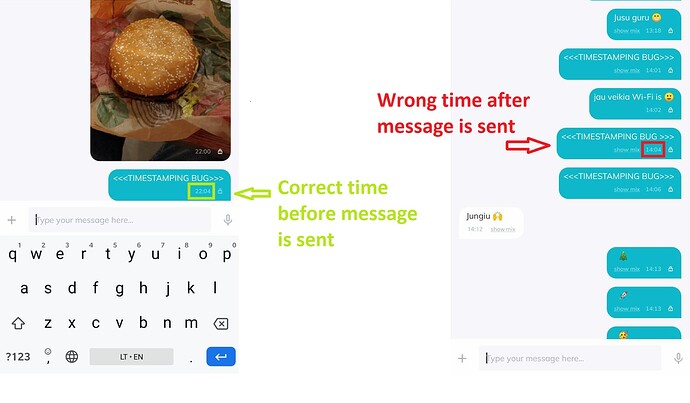 Describe the Crash or Bug:
On both phones sender’s and receiver’s when message is sent/received on both phones the text message shifts by -8 hours in the chat history. Picture messages do not shift.

These timestamp issues should be resolved in the latest builds. Thanks for reporting it.